Councilman Paul Livingston was re-elected Tuesday by Richland County Council to serve as its Chair during its first meeting of the year.
Council also elected Yvonne McBride as Vice Chair.

McBride was first elected to represent District 3 in 2016, and was sworn into office as a Councilmember in 2017. She was re-elected to serve a second term on Council in 2020.

The new Chair and Vice Chair will serve in the leadership roles for a Council that welcomes five newcomers elected last year. Derrek Pugh, District 2; Gretchen Barron, District 7; Overture Walker, District 8; Jesica Mackey, District 9; and Cheryl D. English, District 10, were publicly sworn into their new positions on Council during a series of swearing-in ceremonies in the Council Chambers on Tuesday.
http://www.richlandcountysc.gov/Government/County-Council/County-Council-Members 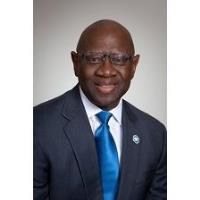