Sally Rymer-Hoard has been an ardent supporter and defender of the home building industry and a member of the BIA of Central S.C. for almost 17 years. She serves on multiple committees and on her local Board.  Sally has also served as Chairman of the Sales and Marketing Council. She has also been an active leader in her community. Sally’s fervent support of the home building industry and the HBA is evident in her actions and support.

Sally has been recognized for her achievements and service to the building industry in the midlands many times over the years.  She has received numerous Regal Awards (every year since 2001) for new construction homes sold, Sales Executive of the year award as well as the BIA Associate Member of the Year Award in 2019. Sally has also received The Circle of Excellence award as well as a Lifetime Achievement award from the Greater Columbia REALTOR Association.
Sally’s passion is to help others achieve their goals. Her family-centered approach and her sterling integrity have made her a great asset in real estate and the building industry.

According to Earl McLeod, Executive Director of the Building Industry Association of Central S.C., “I believe that Sally’s daily goal is to work toward the benefit of our community, industry and association and she purposely strives toward that goal every day.”  Sally has consistently served our association, and has become a valuable member of our association’s leadership team.”

Andy Barber was honored for his tireless dedication to the home building industry and the HBA. Mr. Barber has been an HBA member for 34 years and a member of the Charleston HBA for more than 29 years and is recognized as one of its most active members. Andy has been building homes since 1986 and has continued to successfully apply his trade since. Mr. Barber has served as President and on the Boards of both the Charleston HBA and the HBASC. Mr. Barber also serves as the Building Codes Committee Chairman.

According to many of his peers, Andy Barber is a highly regarded home builder and member of his community. Patrick Arnold, Executive Director of the Charleston HBA calls him, “an asset to the entire industry and his community. Andy exemplifies the title “Thomas N. Bagnal Builder Member of the Year” for his efforts as a builder, member of our association, community volunteer and friend.”

The HBASC commends both members on their commitment to the home building industry and to their community. 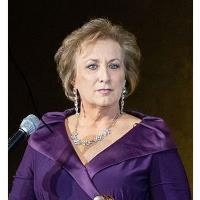