Positive Signs for Housing Despite Staggering Job Losses
May 14, 2020
Economic

April saw historic declines for the labor market, with a total of 20.5 million jobs lost for the month. The unemployment rate increased to 14.7%, but the broader measures reflect even more extensive losses with 33.5 million jobless claims filed over the last seven weeks. NAHB is expecting even higher unemployment numbers in May.

Despite the labor market plunge in April, housing demand showed some recent signs of optimism. Purchase applications for mortgages staged a small but positive set of improvements over the last three weeks as a sign of latent housing demand. This demand will likely increase as lockdowns are eased.

And while the total unemployment numbers are staggering, it is important to note that they are due to government-imposed virus mitigation strategies that are in the process of being relaxed. For example, there are now 18 million people on temporary furlough. Hopes for a faster rebound in economic activity lie with this number. While NAHB's forecast is more U-shaped for the overall economy (we see continued economic weakness persisting into the third quarter due to small business issues and elevated unemployment), these temporary layoff totals give a sense of the number of people who believe their job will return as the economy gradually reopens.

Residential construction employment and remodeling declined by 415,000 positions in April and now stands at 2.54 million, which is near November 2015 levels. Unlike the Great Recession, housing enters this downturn underbuilt, with a housing deficit of approximately 1 million residences. This potential demand means that housing is a sector that can provide economic momentum in a recovery. It's important to remember that housing held considerable momentum as we began 2020, so any recovery will feature renewed residential construction hiring and economic activity. 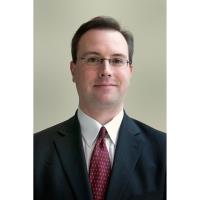